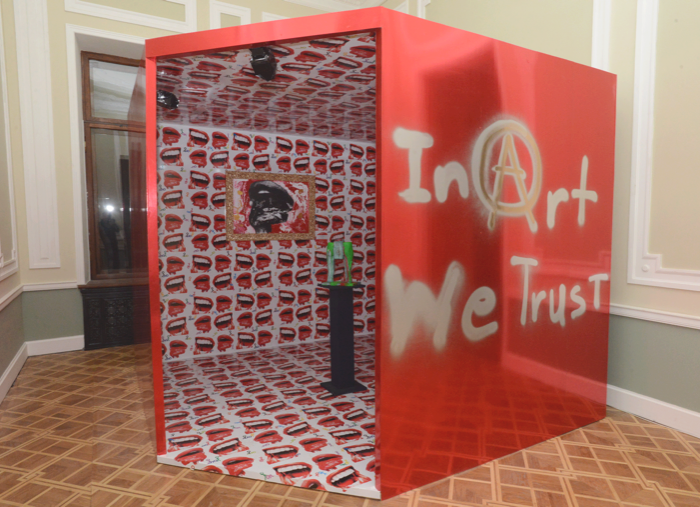 Installation for Chocolate House
In about 1930s during his trip to Paris Francis  Bacon saw a book
about the mouth cavity  deseases - and ever since those times the
pharynx as an organ personifying and substituting a human, his
pains and pleasures at the same time, has hypnotised his forever...
Mouth in the history of modern art has been playing a role by no
means the least important - it is an undisputable sexual  fetish and
an existentual symbol at  a time.  One may have a short guided tour
of "mouthmania" from symbolists, Moonk's "Yell" via flared out
bottomless jaws of Picasso, portrait of May West by Dali up to
pop-art in classical - Wesselman, Rosenquist - and neo-version.
Here we see soft red silicon everywhere - it embodies total
sexualisation of  pop culture and dispersing of lust, selling it in
consumer society - in direct and indirect sense. Advertising
-by whose guileless strategies of deception    pop-art is aspired
- indeed offers us possessing not   products, but desires, fantasms... 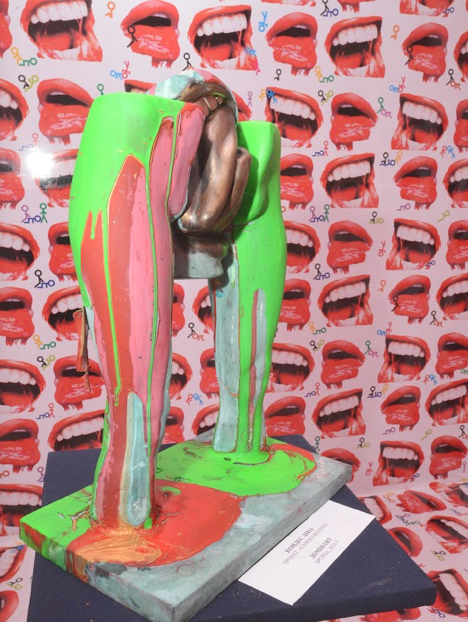 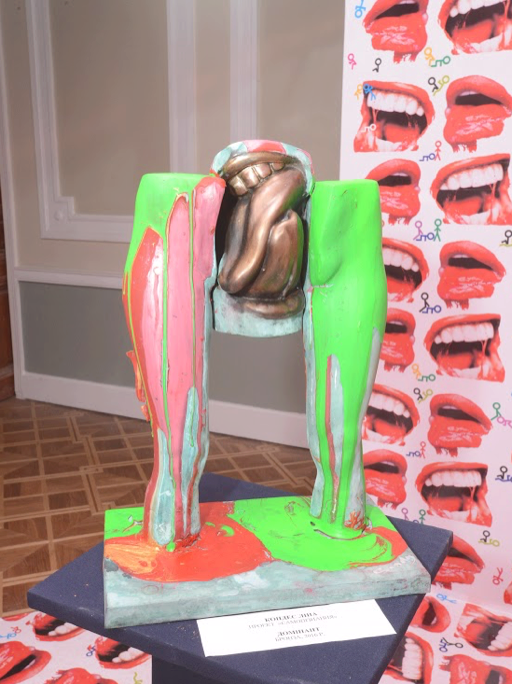 Rapacious, bleeding with red lipstick and saliva pop-art feminine 'Mouths' in Lina Kondes' works are capable of produsing an impression on anybody - that's a bit of a fantasms generator. Having seen it once you can hardly forget it - the artist frankly provokes the viewer. Scarlet lip stick is the most sexual of all cosmetic inventions, and it influences equally irresistably both - bulls and men. It is one of the brightest signs of sex and seduction. There also exist in   Kondes ' works  gothic, black lips - those are for seekers of thrills. The artist allows herelf irony and mockery at this means of manipulating the stronger sex - crossing the line of "too much" - too much of agressive colour, too much of passion. An undisputable object of men's desires is "separated" from  a woman and becomes a certain, functioning independently ,lustful organism, , associated with the main hero of the film "Alien" - due to the amount of slime. It is by no means a secret, that from the psychological point of view mouth and lips are a substitute of female genital organs.  It's just that it's not appropriate to speak out loud about it. Hence this odd  сraving of women to enlarge their volume, enlarging by this one's own "price". The artist is determined to speak about these odd stereotypes of consumering sex and sexual consumering ironically and absolutely without any offence meant. In her bronze sculpture between woman's legs one can see a widely opened mouth... In Kondes' works there is quite a lot of mockery over the things men consider of prime importance for themselves - functioning of their genitalia and conneced with that  power over women. A mouth between legs  is an adequate answer to men's sexism, which is , by the way, also an instrument of power and domineering. On Kondes's canvases we may see, on the background of scarlet lips, striving to devour somebody, we see fussily copulating little men, reminding us of Keith Hurring's pictograms or funny sex- itstructions from the toilet design. Return to the pictographic language of the primitive communal art is by no means accidental. Like scarlet lip stick, it depersonalises a person, makes it part of a crowd, of a general mass of consumers of pop-art, living exclusively by basic instincts. So the circle closes up, scarlet lips find their " particular audience" 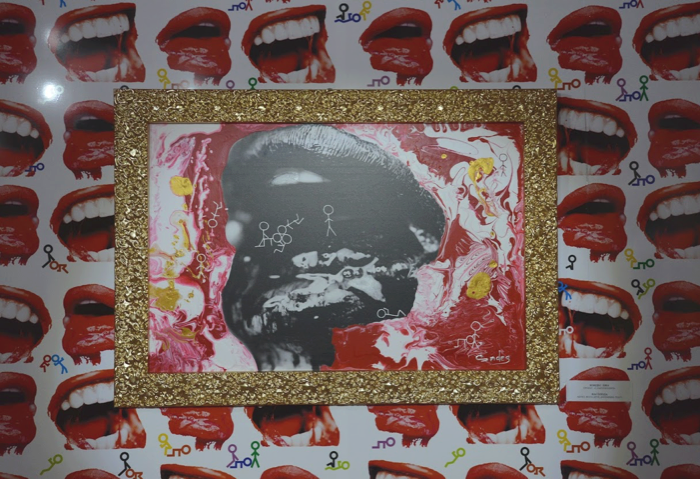