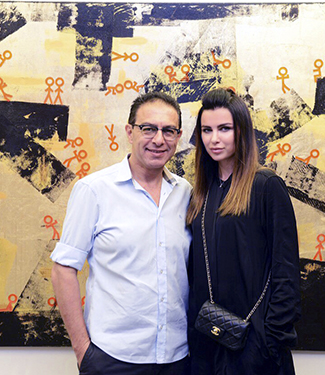 Two Ukrainian artists organized a rally of the Eastern world elite on the 16 of September in Beirut, the capital of Lebanon . The opening of the " Art Fusion" exhibition was held in the "SV Gallery" exhibiting Lina Kondes's and Yana Rusnak's works. Characterized by different artistic styles, their works still have some common features too –it’s their authors’ emotional perception of love and man-woman relationships. In Yana's pictures the emotional feelings reign the Universe, they absorb the energy of the cosmos and protect the Earth. Lina stamps the emotions and dense sounds of the picturesque surface: bright positive ones transmit openness and happiness. Subdued and golden ones - secret melancholy, a flight of a "flying woman".The curator of the project is Tamara Li (a member of the international association of art-reviewers AICA)